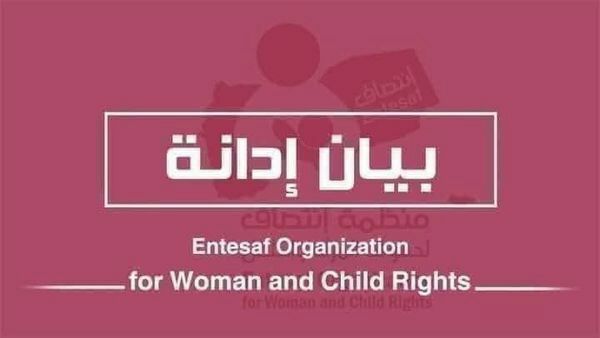 Entesaf organization condemns the continued crimes of the countries of the US-Saudi aggression against the children of Yemen, as a child was injured and his foot was amputated as a result of the explosion of a landmine left behind by the aggression north of Hays district, Hodeidah governorate, on Sunday, August 21, 2022.

Entisaf Organization renews its appeal to the international community, human rights and human rights organizations and all honorable and free people of the world to assume their moral and humanitarian responsibilities in supporting the oppressed Yemeni people and condemning the horrific crimes committed by the Saudi coalition and putting pressure on the United Nations, specifically the Security Council, to carry out their legal and moral duty to protect civilians and stop the war and all forms of aggression, and it also renews its call for the formation of a neutral international investigation committee to investigate all crimes and massacres committed by the coalition forces against defenseless civilians.

At least 4 dead after landslide at Iraqi shrine

Entesaf Calls On Forming An Intl. Committee To Investigate The Crimes Of The…