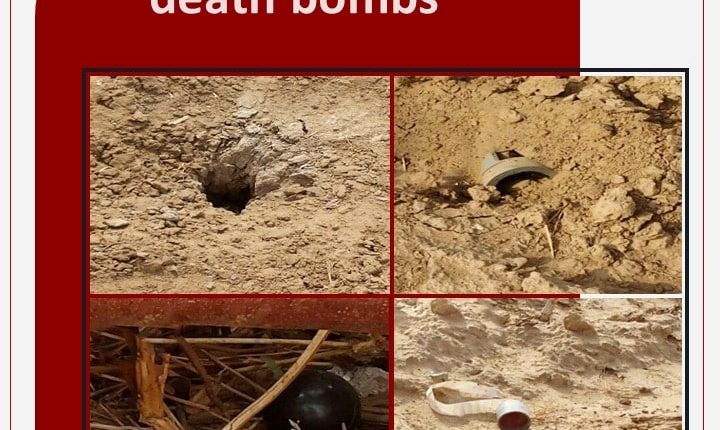 Entesaf Organization for Women and Child Rights has issued a human rights report entitled ” Death Bombs ” documents the massacre committed by the coalition’s aggression on Saturday afternoon on June 6, 2015, during which a camp for the displaced people in Hajjah Governorate was targeted with rockets and cluster bombs, which spread at the targeted place, killing and wounding dozens of displaced civilians in this camp.

This report is based on the organization’s statistics regarding the details of the crime and the number of victims, as well as interviews conducted by some media outlets with witnesses. International law texts, treaties and conventions were referred to in order to clarify the legal framework for the crime committed against the displaced people in the Hiran camp.