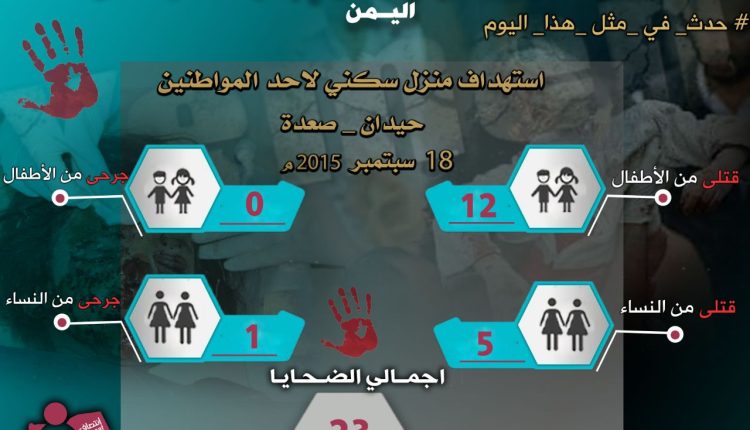 The aggression forces and their mercenaries committed 220 violations of the humanitarian and military truce during the past 24 hours, a military official said.

The official added the aggression’s violations represented in 56 flying of armed and spying reconnaissance aircraft in the airspace of the provinces of Marib, Taiz, Hajjah, Jawf, Sa’ada, Hodeida, Bayda and the border fronts.

He pointed out that the aggression forces and mercenaries committed three violations with air strikes by armed reconnaissance aircraft on the homes of citizens and the sites of the army and the popular committees in the northwest of Hays area in the Hodeida, killing Hamid M. Mashoul.

The official reported that 14 breaches were recorded by the creation of fortifications in Tabet al-Difaa and Khalaf al-Amdan in Jizan region, in Bekaa and Shabakah areas in Najran , as well as in al-Mehzam area in Marib, in addition to the creation of fortifications in western Hanajir al-Hayma, Tabat al-Bas, between Mastur and al-Dinin, Tabbat al-Afafish and north of al-Hayma areas in al-Jabalya area in Hodeida.

He confirmed that 113 violations were recorded by shooting at citizens’ homes, army sites and popular committees in Marib, Taiz, Hajjah, Sa’ada, Al Dhalea, Hodeida and the border fronts.

The official pointed out that 34 violations were monitored by artillery shelling of on Marib, Hajjah, Sa’ada, Hodeida, and the fronts beyond the border.

The official stated that intense artillery bombardment of the mercenaries targeted the army and committee sites in al-Jabalya area and in the northwest, northeast and north of Hays area in Hodeida.

Intense artillery shelling targeted army and committee sites in Maqbana in Taiz and in al-Amud and al-Saybah, al-Azhor, al-Batoul and Taba Kamel areas in Jizan region.

It is noteworthy that the number of violations by the aggression forces since the beginning of the humanitarian and military truce amounted to 32,207 violations.