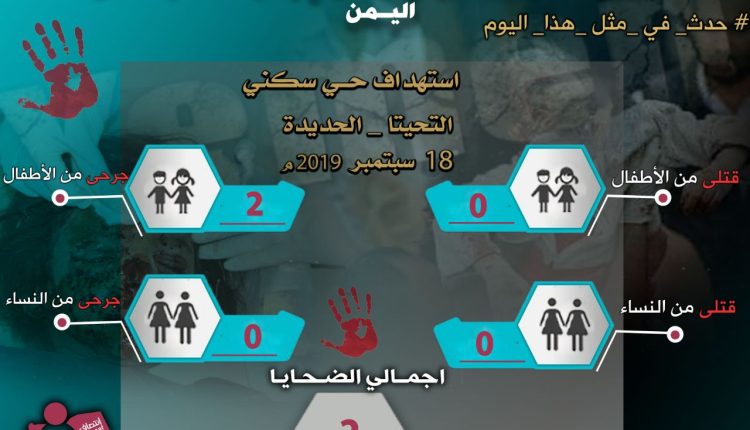 Aggression Forces and Its Mercenaries Commit 61 Violations In Hodeidah

The aggression forces committed 61 ceasefire violations in Hodeida province over the past 24 hours, a military official at the operations room to monitor the violations said on Monday.

He said that the aggression’s warplanes hit Hays and Maqbana areas with 4 raids, while 7 spy planes flew over Hays and al-Jabalya areas.

The official said the aggression forces carried out an infiltration attempt to Hays and created combat fortifications in al-Jabalya and Hays.