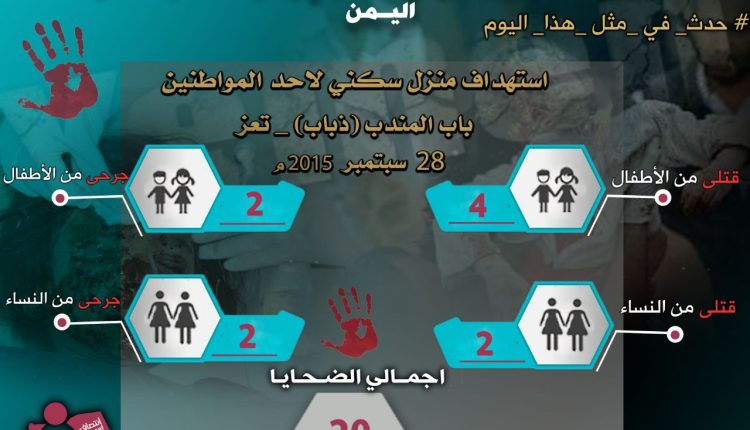 The aggression forces and their mercenaries committed 171 violations of the humanitarian and military truce during the past 24 hours, a military official said on Tuesday.

The aggression’s warplanes launched 2 airstrikes on the citizens’ houses and the army sites in al-Had Yafa in Bayda province.

The official said that the aggression’s violations included 5 flights of hostile Apache warplanes over several areas of Najran region, and 45 flights of armed and spying reconnaissance aircrafts over the provinces of Marib, Taiz, Hajjah, Jawf, Sa’ada, Dhalea, Bayda and Hodeida and over the border fronts.

He reported that the aggression’s mercenaries carried out 2 infiltrations towards the army sites in Aqabat al-Barah Miswar area in Bayda province and in the southeast of Hays district area in Hodeida province.

A violation was monitored with a missile on the army sites in al-Had Yafa of Bayda province and 4 violations were detected with creating new combat fortifications in al-Kuhlani School in al-Fakher in Dhalea province, in West Siraj and north-east of Mastoor Farm and between Mastur al-Harz in al-Jabalya area in Hodeida province.

He confirmed that 93 violations were recorded by shooting at the citizens’ houses and the army sites in Marib, Taiz, Hajjah, Sa’ada, Dhalea, Hodeida and Bayda provinces and at the border fronts.

The official stated that 19 violations were monitored with firing artillery shells by the mercenaries on Marib, Hajjah, Sa’ada and Hodeida provinces and on the fronts beyond the border.