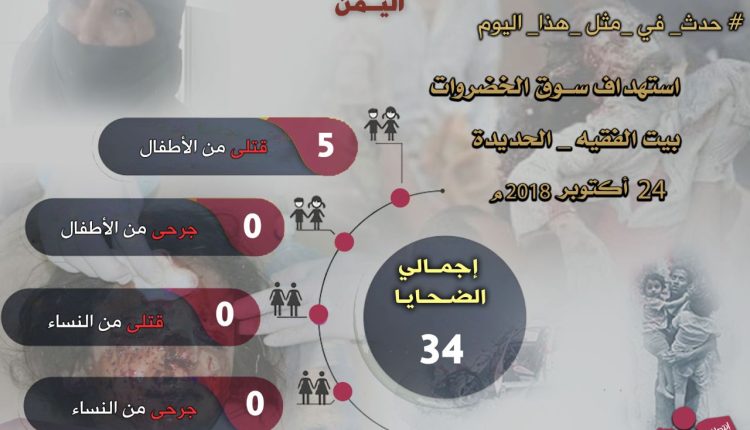 The aggression forces committed 48 violations of the ceasefire agreement in Hodeida province over the past 24 hours, the operations room to monitor the violations said on Tuesday.

The aggression’s violations included a raid by on Hays area, the creation of combat fortifications in al-Jabaliya areas and 5 spy flights over al-Jabaliya and Hays, an official the operations room said.

He added that the violations included many attacks with missiles, artillery shells and various gunshots.

Amid Increasing Of Poverty And Famine, Aden Preparing For New Civil Disobedience