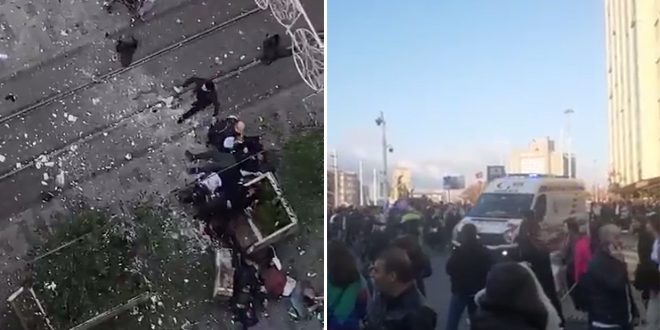 Four people were killed, and 11 others were injured in an explosion in the center of Istanbul, Turkey.

The Turkish media outlets said that the explosion was in Istanbul’s popular Istiklal Street in the Beyoglu district where police crews cordoned off the scene to pick up casualties.

Authorities said the cause of the blast was not yet known.