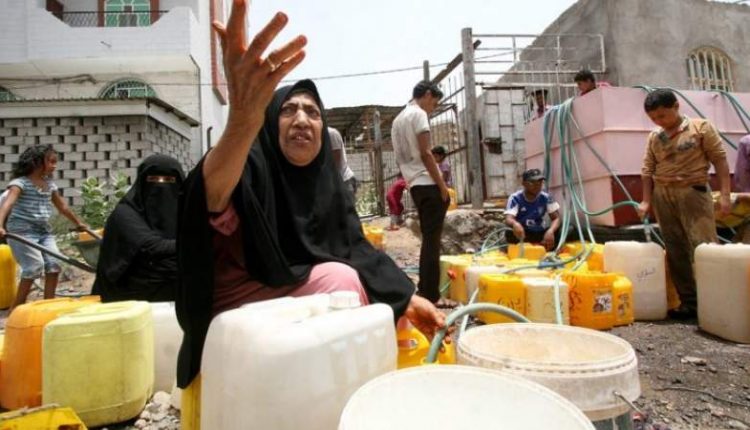 Campaign To Be Launched On Twitter Says ‘US Kills Yemeni Women’

A major tweet campaign will be launched on the social networking site (Twitter) Friday, to highlight and expose the US’s role in the aggression against Yemeni women.

The organizers called for wide participation in the tweet campaign, which coincides with the International Day for the Elimination of Violence against Women, to shed light on the crimes of the US-Saudi aggression against Yemeni women, using the hashtags: #OrangeTheWorld

Recently, Entesaf Organization for Women and Child Rights announced that victims of the US-Saudi aggression on Yemen, including children and women, exceeded 13,384 dead and wounded.

The human rights organization indicated that it has counted 6,000 civilians who have been disabled as a result of armed hostilities since the start of the aggression, pointing out that the actual number is much greater.

It noted that 4,000 children and women were victims of the remnants of the aggression, including between 100 and 105 child victims, since the UN-brokered truce took effect on the second of last April.

Concerning the health and nutritional situation in the country, Entesaf Organization indicated that more than 2,300,000 children under the age of five have been registered suffering from malnutrition. And 632,000 children suffer from severe acute malnutrition that threatens their lives during the current year.

It indicated that more than 1.5 million pregnant and lactating mothers suffer from malnutrition, including 650,495 women with moderate malnutrition.

It stressed that public and private hospitals throughout the republic are threatened with closure during the next few days due to the siege and the detention of oil ships.

Health Ministry warns of halt of dialysis centers due to depletion of solutions, medicines

Entesaf Organization: Over 3,000 children have cancer & at dying risk

Watch the suffering of Yemen’s children in education