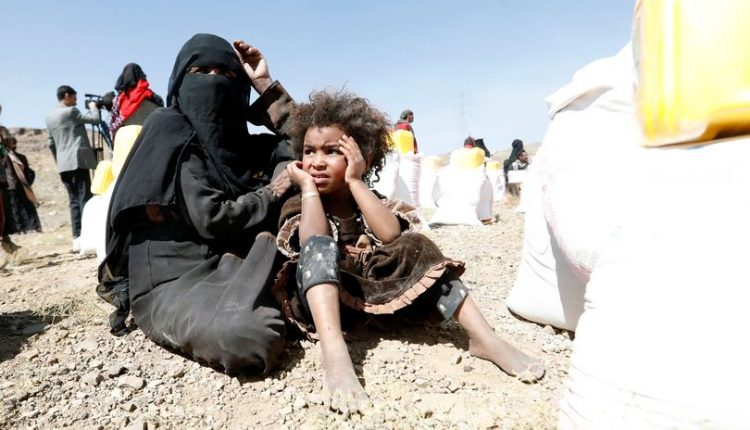 About 20 million Yemenis “have been living in extreme poverty”, as a result of the repercussions of the years-long conflict for 7 years, according to a Geneva-based Euro-Med Human Rights Monitor’s report.

The report pointed out that “Yemen is witnessing a comprehensive economic collapse due to the ongoing war and the siege imposed by the Saudi-led coalition, as the per capita GDP has decreased by about 50% of what it was before the outbreak of the conflict.

“Seven years of continuous war in Yemen has weakened the population at various levels, as over 23 million Yemenis (73% of the population) have become dependent on humanitarian aid to meet their basic needs, while about 4.3 million have been displaced internally from their homes because of military operations.”

The report added, “About 40% of the displaced people live in unofficial sites of displacement, and they do not have adequate access to basic services.”

“Until the beginning of 2022, the war has caused the deaths of about 377,000 people, 40% of whom died directly during the fighting, and 60% died due to the effects of the war, such as starvation and preventable diseases,” it explained.

In Kabul,5 People Killed In Explosion Inside Mosque

A child martyred in mine blast in Salamyieh, Hama countryside