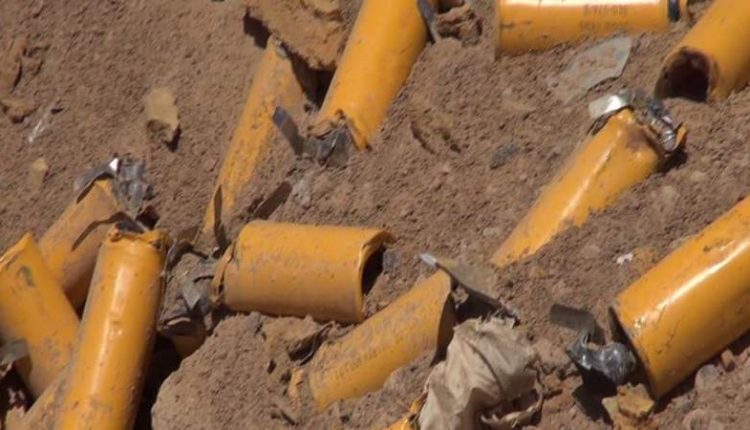 At least two children were injured on Monday, as a result of the explosion of a cluster bomb left behind by the Saudi-led coalition forces in Sanaa province .

The Executive Center for Mine Action reported that two children were injured while grazing sheep, and a number of livestock died as a result of the explosion of the cluster bomb in Bani Bariq village of Nihem district, east of Sanaa.

As a result of the indiscriminate and excessive use of cluster bombs by the US-Saudi aggression during the past years, the impact of these bombs continues to lead to casualties among civilians, especially children.