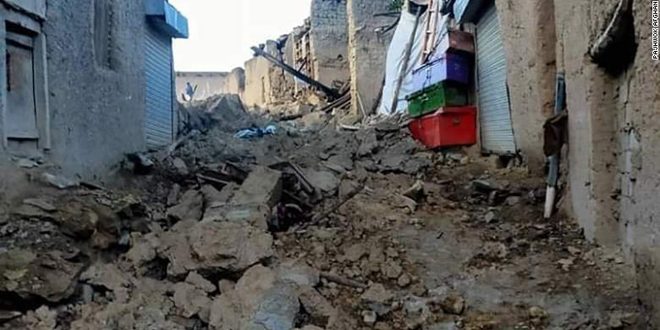 At least 950 people killed in an earthquake in Afghanistan

The death toll from the earthquake that struck Khost and Paktika provinces in southeastern Afghanistan has risen to 950, according to the latest official data.

Reuters quoted officials in the Disaster Management Agency as saying that “the number of injured has exceeded 600, and the death toll and injuries are expected to increase as relief operations continue.”

A previous toll showed that 280 people were killed and 595 others were injured in the earthquake, which had a magnitude of 6.1 on the Richter scale and is considered the most destructive since 2002.