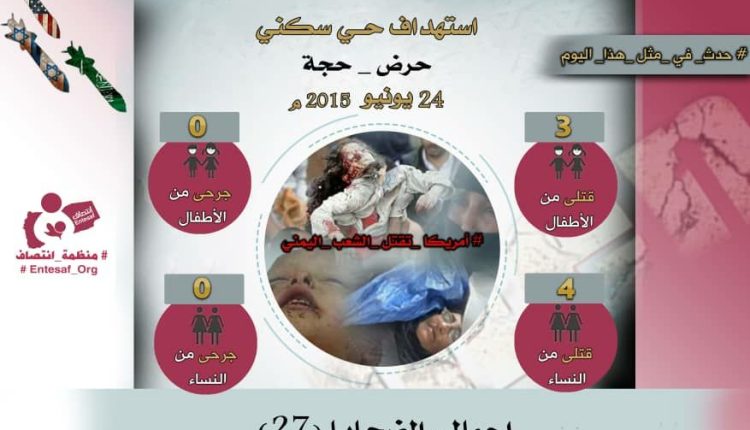 The aggression forces and their mercenaries committed 112 violations of the humanitarian and military truce, during the past 24 hours a military official said on Saturday.

The aggression violations were represented in 44 violations by the armed reconnaissance and espionage warplanes flew over Marib, Taiz, Hajjah, Al-Jawf, Sa’ada, Al-Dhale’, Al-Bayda and the border fronts.

The official indicated that a violation was detected by the aggression mercenaries creating combat fortifications around Marib.

The official confirmed that 36 violations were recorded by shooting at citizens’ houses and the army and the popular committees’ sites in Marib, Taiz, Hajjah, Sa’ada, Al-Dhale’ provinces, and the border fronts.

The official stated that intense artillery bombardment of the aggression mercenaries targeted the army and the popular committees’ sites in Bab Taghloq in Al-Dhale’ province in Wadi Gara and Jabal Qambora in Jizan, and in Shabakah and Jabal Al-Omda in Najran.

A civilian Injured By A mine Explosion In Hodeidah