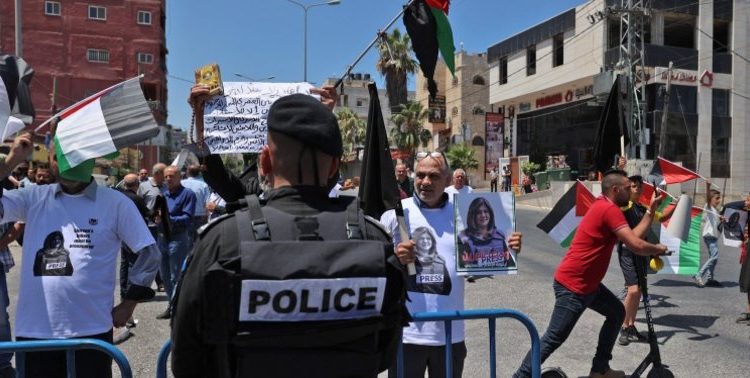 Three Palestinians were injured by Israeli army fire in the occupied West Bank on Sunday, according to a local medical source.

The casualties occurred in clashes between Palestinians and Israeli forces during a raid in the town of Tubas in the northern West Bank, a source with the Palestinian Red Crescent Society said.

The injured were rushed to the Turkish Hospital in Tubas for medical attention.

There was no comment from the Israeli military on the report.

The Israeli army frequently carries out wide-ranging arrest campaigns across the occupied West Bank and East Jerusalem on the pretext of searching for “wanted” Palestinians.

According to a recent UN report, around 60 Palestinians were killed and 6,000 others injured by Israeli army fire this year.

The report showed that Israeli army forces had carried out 1,600 raids into Palestinian areas since the beginning of this year.

Palestinian Families Campaigning For ISrael To Return Their Children’s Bodies