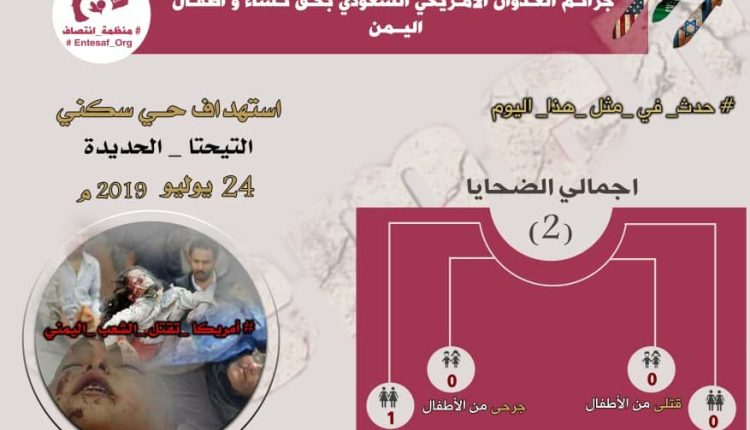 A citizen in Al-Durayhimi, Al-Hodeida province, was seriously injured as a result of the explosion of a mine left behind by the US-Saudi-Emirati aggression.

In a statement to SABA, The Executive Center for Mine Dealing (MAC) said that the citizen sustained various injuries while doing his daily work on his farm in Al-Durayhimi district as a result of the explosion.

The center attributed the reason for increasing mines’ victims and the aggression remnants during the humanitarian truce in many provinces to the lack of survey devices and equipment required to purify the affected areas, as a result of preventing their entry by the aggression coalition.