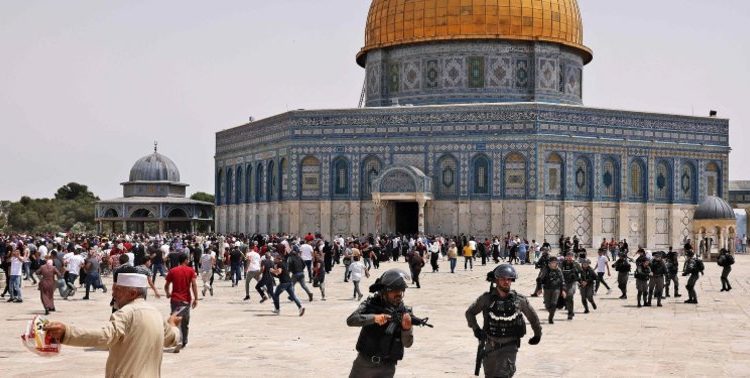 Israeli police on Monday detained director of the flashpoint Al-Aqsa Mosque in East Jerusalem, Sheikh Omar al-Kiswani, according to eyewitnesses.

Israeli forces raided the home of al-Kiswani in al-Tur neighborhood in East Jerusalem and took him into custody, witnesses said.

No reason for provided for his detention.

According to witnesses, Israeli forces confiscated a computer and a number of documents during the raid.

Al-Kiswani was detained several times before by Israeli police for the intelligence service.

Al-Aqsa Mosque is the world’s third-holiest site for Muslims. Jews call the area the “Temple Mount,” claiming it was the site of two Jewish temples in ancient times.