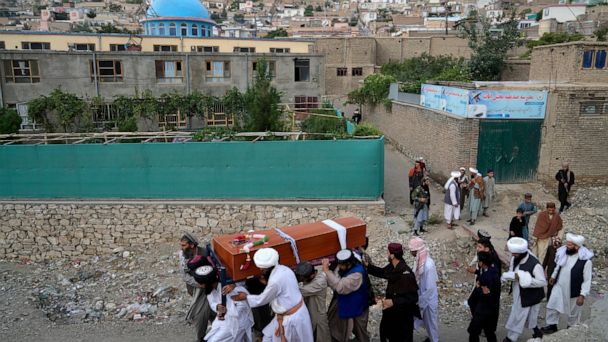 A bombing at a mosque in the Afghan capital of Kabul during evening prayers killed at least 21 people, including a prominent cleric, and wounded at least 33 others, eyewitnesses and police said Thursday.

There was no immediate claim of responsibility for the attack on Wednesday night, the latest to strike the country in the year since the Taliban seized power. Several children were reported to be among the wounded.

The Islamic State group’s local affiliate has stepped up attacks against the Taliban and civilians since the former insurgents took over the country last year as U.S. and NATO troops were in the final stages of their withdrawal. Last week, the extremists claimed responsibility for killing a prominent Taliban cleric at his religious center in Kabul.

The mosque bombing comes just two days after the anniversary of the fall of Kabul on Aug. 15, 2021.

Khalid Zadran, the spokesman for Kabul’s Taliban police chief, gave the latest figures to The Associated Press for the bombing at the Siddiquiya mosque in the city’s Kher Khanna neighborhood. An eyewitness told the AP the explosion was carried out by a suicide bomber.