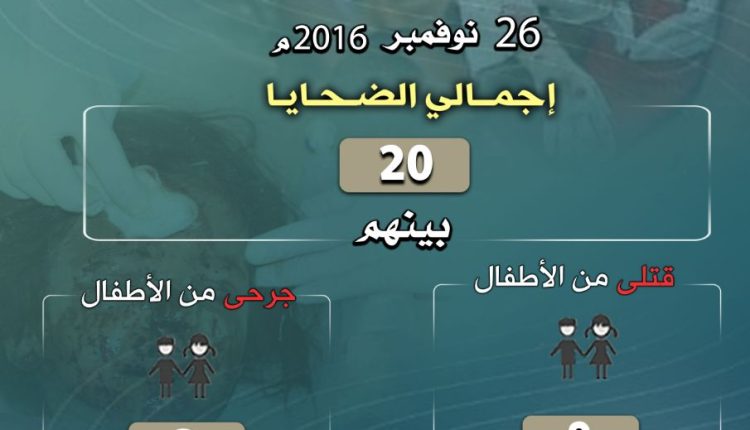 The operations room to monitor the violations of the ceasefire agreement committed by the Saudi-led aggression coalition forces in Hodeida province recorded 33 violations during the past 24 hours.

An official in the operations room told the Yemeni News Agency (Saba) that the violations included the flight of two spy planes in the airspace of al-Jabaliya area, five violations with artillery shelling, and 26 breaches with various gunshots.

Enesaf Organization: More than five thousand women have been victims of aggression for eight years