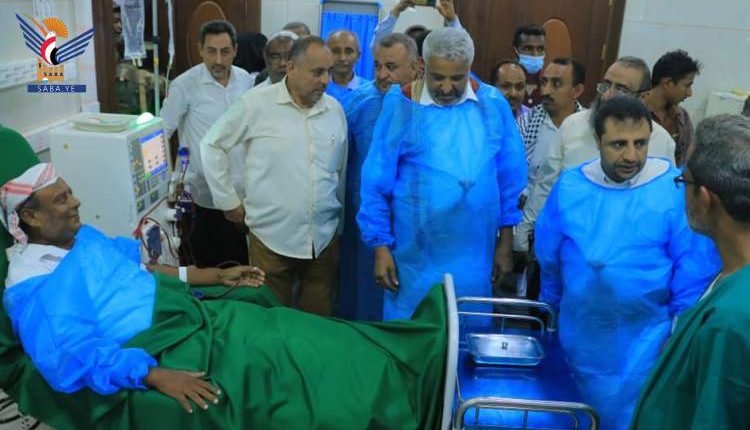 Hodeida governor Mohammed Qahim on Sunday inaugurated a dialysis center in Bayt al-Faqih district at a cost of $ 1 million, funded by a man of goodness and charity, Mahfouth Zabrouk.

Governor Qahim, accompanied by the directors of the Public Health Office in the province Khaled al-Madani, the Directorate of Beit Al-Fa heard from Director General of Dialysis Centers in the province Dr. Ayman Kamal and Director of the Center in the district Dr. Abdullah Shahari an explanation of the components of the center, which has a capacity of 22 chairs, and currently provides its services to 48 cases of kidney failure patients.

Qahim affirmed the continued support of the center and its development to become a center for kidney transplantation and surgery, serving the districts of the southern square and its neighboring districts from other provinces.