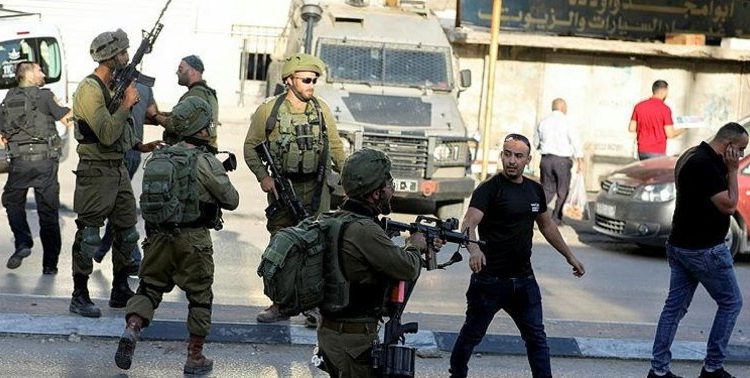 At least one Palestinian was shot in the leg and taken to the hospital while others sustained injuries from stun grenades, rubber-coated bullets and tear gas inhalation, the statement added.

The Israeli military did not immediately respond to a request for comment.

The worst clashes took place in the central West Bank town of Huwara, near the city of Nablus.

Videos posted on social media this week showed Jewish settlers and Israeli soldiers taking down Palestinian flags in the town. In response, Palestinians organised a march with people waving flags, leading to confrontations with Israeli forces.

“What is happening in Huwara is a provocation by the settlers,” Mohammad Abdelhameed, a Huwara council member, told Reuters. “We hang the Palestinian flag, which is a symbol of our identity and it will remain raised as long as we are on this land.”

Israeli law does not outlaw Palestinian flags, but police and soldiers regularly remove them from public areas.

The Hamas in Gaza has warned of another war if an annual “flag” march held by Israeli nationalists in Jerusalem’s Old City passes through the Muslim quarter this Sunday.

Shooting in US capital leaves teenager dead, 3 others wounded

Thousands Protest in London Over Cost of Living Crisis