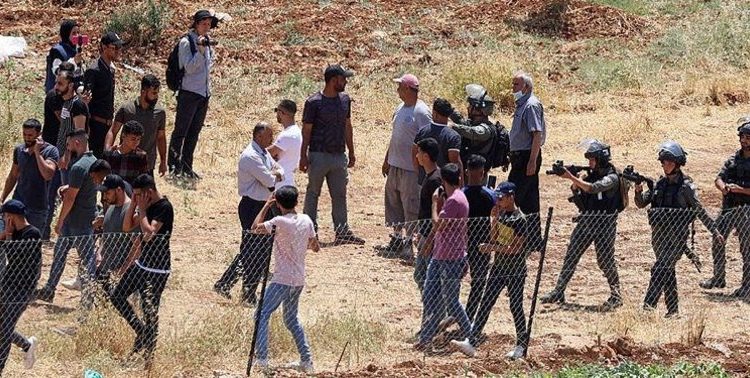 At least 131 Palestinians were injured on Friday in clashes with the Israeli army in the northern occupied West Bank, authorities said.

Israeli forces fired live ammunition, rubber bullets, and tear gas at Palestinians staging rallies across the West Bank, including in the northern town of Kafr Qaddum, Qalqilya, and the town of Beita, south of Nablus, as part of their daily protests against illegal Israeli settlements, which began in recent weeks.

In a statement, the Palestinian Red Crescent Society said 131 Palestinians were injured, including nine by live bullets, while 117 suffered suffocation due to tear gas.

Israel is establishing a settlement outpost, known as Avitar, on around 1,000 square meters (10,764 square feet) of occupied land in the town’s Jabal Sabih neighborhood, triggering the protests.

Israeli and Palestinian estimates indicate that about 650,000 settlers in the West Bank settlements, including occupied Jerusalem, are living in 164 settlements and 116 outposts.

Under international law, all Jewish settlements in the occupied territories are considered illegal.

Israeli police began allowing the settler incursions in 2003, despite repeated condemnations from the Islamic Endowment Department in Jerusalem.