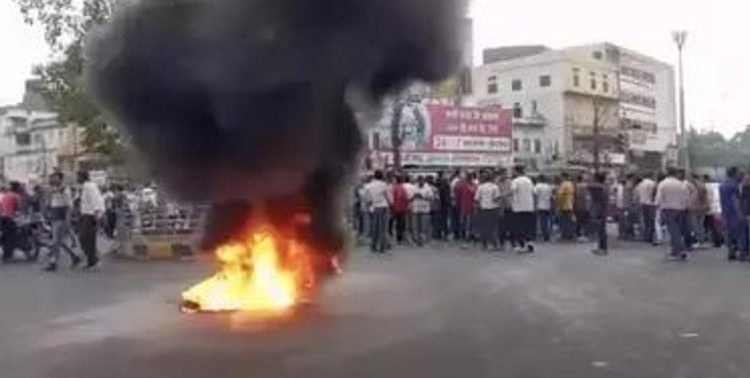 Prominent Indian Muslim organizations, and leaders on Wednesday called the murder of a Hindu man in India’s Rajasthan state on Tuesday a “disgrace to humanity and an act of defaming Islam.”

Reacting to a video posted on social media by two men claiming that they avenged an insult to Islam, Jamiat Ulama-e-Hind, a leading Muslim organization, said in a statement that no one has the authority to take law into their own hands.

Mobile and internet services and large gatherings remained restricted in the western Udaipur city on Wednesday, a day after police arrested two Muslim men for allegedly killing a Hindu tailor. The two cleaver-wielding men filmed the act and posted it on social media and also threatened to kill Prime Minister Narendra Modi in the same manner.

Jamiat Ulema-e-Hind’s President Maulana Mahmood Asad Madani strongly condemned the killing, saying: “This incident is a great challenge to the law enforcement agencies of the country. No matter whosoever is the killer, no one has the authority to take law into his own hands.”

He said Jamiat Ulama-i-Hind is against all forms of extremism and demands that strict action should be taken against such persons irrespective of their religion, caste, and ethnicity.

Social Democratic Party of India’s National Secretary Taslim Ahmed Rehmani, denouncing the incident, said: “This ghastly murder cannot be accepted in a civilized society. I demand fast track court shall try this case and murderers must be hanged publicly.”

Asaduddin Owaisi, the chief of All India Majlis-e-Ittehadul Muslimeen, another Muslim organization, said that no one can take law into their own hands.

“I condemn the gruesome murder in Udaipur Rajasthan. There can be no justification for it. Our party’s consistent stand is to oppose such violence,” tweeted Owaisi.

Rajasthan’s Chief Minister Ashok Gehlot said that both the accused have been arrested.

Meanwhile, tension prevailed in the whole state after the incident. The federal government is treating the gruesome killing as a terror attack and dispatched a team of the anti-terror probe agency National Investigation Agency (NIA) to Rajasthan.

The state government also announced the imposition of prohibitory orders for a month and cut internet services for 24 hours across the state.