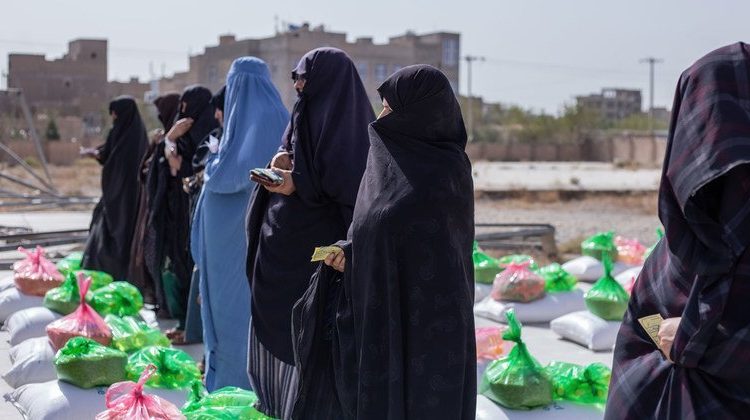 The international community must dramatically increase efforts to urge the de facto authorities in Afghanistan to adhere to basic human rights principles, a group of UN independent rights experts said on Friday.

“The future is immensely bleak for Afghans if more is not done by the international community to ensure the Taliban changes its modus operandi and complies with its human rights obligations,” they said in a statement.

The experts recalled that following the Taliban takeover last August, they had appealed for the international community to take “stringent actions” to protect Afghans from violations such as arbitrary detention, summary executions, internal displacement, and unlawful restrictions on their human rights.

“One year later, we reiterate this call,” they said. “Despite making numerous commitments to uphold human rights, the Taliban have not only failed to deliver on their promises, they have also reversed much of the progress made in the past two decades”.

Moreover, the humanitarian and economic crisis in Afghanistan, which has already caused immeasurable harm to millions, shows no signs of slowing down. In fact, it is predicted to worsen, they added, partly due to the interruption of international assistance and the freezing of Afghan assets abroad.

Attack on women and girls

The experts said the Taliban have committed a “plethora” of human rights violations, with the virtual erasure of women and girls from society, as well as their systematic oppression, being particularly egregious.

“Nowhere else in the world has there been as wide-spread, systematic and all-encompassing an attack on the rights of women and girls – every aspect of their lives is being restricted under the guise of morality and through the instrumentalization of religion. Discrimination and violence cannot be justified on any ground”.

Regrettably, there is little indication that the human rights situation is turning a corner, they said.

“Indeed, the daily reports of violence – including extra-judicial killings, disappearances, arbitrary detention, torture, heightened risks of exploitation faced by women and girls including for the purposes of child and forced marriage, and a breakdown in the rule of law – gives us no confidence that the Taliban has any intention of making good on its pledge to respect human rights.”

Citizens now have no means for redress as the Afghanistan Independent Human Rights Commission has been abolished, along with other independent oversight mechanism and institutions.

The administration of justice has also been compromised. The applicable law is unclear, and judges and other officials have been replaced, which has especially affected women.

The experts pointed to other violations, such as the curtailing of press freedom , and the rise in attacks on religious and ethnic minorities, some of which were claimed by the ISIL-KP terrorist group. They also and highlighted how journalists, activists, academics and artists have either left the country, quit their work, or gone into hiding.

Furthermore, in the absence of an inclusive and representative government, prospects for long-lasting peace, reconciliation and stability will remain minimal.

“The de facto authorities seek international recognition and legitimacy. Regrettably, they continue to abuse almost all human rights standards while refusing to offer even a modicum of respect for ordinary Afghans, in particular women and girls,” said the experts.

Most recently, the Taliban appeared to have been harbouring the leader of Al Qaeda. Ayman al-Zawahiri was killed last week in a US drone strike, which the experts said also raises concerns of a violation of international law. “Until it demonstrates significant steps towards respecting human rights, including by immediately reopening girls’ secondary schools and restoring their access to a quality education, they should not be on a path to recognition.”

Backfilling of pits, drainage of rain and torrential waters are in progress

Report: “BEDOUINS IN THE SKY”